* For this challenge I’m going to talk about my 10 favourites things :

2-I love travelling to Madrid because first it is a wonderful country and because it’s the country of my best football team : Real Madrid . In fact this country is Characterized by the nobility of his nobbility. 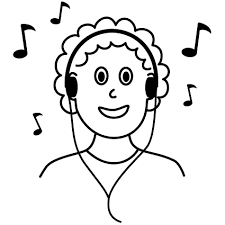 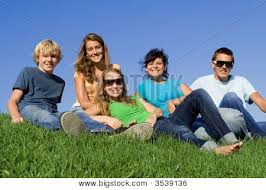 5- Surfing The Net  Surfing the Internet is usually seen as fun or a tremendous waste of time, depending on who I ask .. I Just enjoy surfing  the Net , Maybe because I chatt with my friends .

7- Watching TV : I watch it in my spare time and I really prefer watching the horror films and some comedians shows to have fun 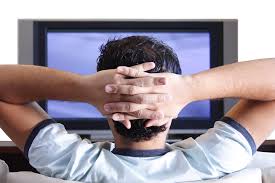 8- Reading Books : Really  I enjoy Reading books romans . This favourite helps me to develope my language and my vocablary . 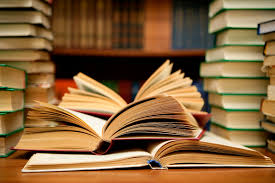 9-Swimming : I enjoy swimming specially in the sea

10–Drawing : I can’t draw very well  but I like this activity , It’s relaxing when someone draw. 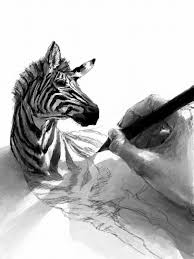 *For this challenge , I’m going to talk about the history of my best football team : Real madrid

*Founded in 1902 as Madrid Football Club, has traditionally worn a white home kit since. The word Real is Spanish for royal and was bestowed to the club by King Alfonso Xlll in 1920 together with the royal crown in the emblem. The team has played its home matches in the 85,454-capacity Santigo Bernabéu Stadium downtown Madrid since 1947. Unlike most European football clubs, Real Madrid’s members (socios) have owned and operated the club since its inception.

Beckham and Zidane were considered “Galácticos”.

In July 2000, Florentino Pérez was elected club president. He vowed in his campaign to erase the club’s 270 million euro debt and modernize the club’s facilities. However, the primary electoral promise that propelled Pérez to victory was the signing of Luís Figo.The following year, the club got its training ground rezoned and used the money to begin assembling the famous Galáctico side including players such as Zinédine Zidane, Ronaldo, Luís Figo, Roberto Carlos, Raúl, Fabio Cannavaro and David Beckham. It is debatable whether the gamble paid off, as despite a UEFA Champions League and an Intercontinental Cup (football) win in 2002, followed by the League in 2003, the club failed to win a major trophy for the next three seasons. In the summer of 2003, just after capturing another La Liga title, Florentino Pérez and the board of directors refused to renew the contract of coach Vicente del Bosque and after an internal dispute forced captain Fernando Hierro to leave the club. They also ignored Claude Makélélé’s request of a new contract with a better salary, in return, Makélélé asked for a transfer request, and was transferred to Chelsea. Cristiano Ronaldo, the first player ever to score against every team in a single season in La Liga.

On 1 June 2009, Florentino Pérez regained Real Madrid’s presidency. Pérez continued with the Galácticos policy pursued in his first term, buying Kaká from Milan] and then purchasing Cristiano Ronaldo from Manchester United for a record breaking £80 million.

José Mourinho took over as manager in May 2010. In April 2011, a strange occurrence happened, for the first time ever, four Clásicos were to be played in a span of eighteen days. The first fixture was for the Liga campaign on 17 April (which ended 1–1 with penalty goals for both sides), the Copa del Rey final (which ended 1–0 to Madrid), and the controversial two-legged Champions League semifinal on 27 April and 2 May (3–1 loss on aggregate) to Barcelona.

In the 2011–12 La Liga season, Real Madrid won the league, a record 32nd time in La Liga history and finished the season with a number of records including 100 points in a single season, a record 121 goals scored & goal difference of +89, and a record 16 away wins and 32 overall wins. In the same season, Cristiano Ronaldo become the fastest player to reach 100 goals in Spanish league history. In reaching 101 goals in 92 games, Ronaldo surpassed Real Madrid legend Ferenc Puskás, who scored 100 goals in 105 games. Ronaldo set a new club mark for individual goals scored in one year (60), and became the first player ever to score against all 19 opposition teams in a single season.

The progression of Real Madrid’s crest since the Club’s formation in 1902.

The first crest had a simple design consisting of a decorative interlacing of the three initials of the club, “MCF” for Madrid Club de Fútbol, in dark blue on a white shirt. The first change in the crest occurred in 1908 when the letters adopted a more streamlined form and appeared inside a circle. The next change in the configuration of the crest did not occur until the presidency of Pedro Parages in 1920. At that time, King Alfonso XIII granted the club his royal patronage which came in the form of the title “Real Madrid”, roughly translated as “Royal”. Thus, Alfonso’s crown was added to the crest and the club styled itself Real Madrid Club de Fútbol. With the dissolution of the monarchy in 1931, all the royal symbols (the crown on the crest and the title of Real) were eliminated. The crown was replaced by the dark mulberry band of the Region of Castile. In 1941, two years after the end of the Civil War, the crest’s “Real Corona”, or “Royal Crown”, was restored while the mulberry stripe of Castile was retained as well. In addition, the whole crest was made full color, with gold being the most prominent, and the club was again called Real Madrid Club de Fútbol. The most recent modification to the crest occurred in 2001 when the club wanted to better situate itself for the 21st century and further standardize its crest. One of the modifications made was changing the mulberry stripe to a more bluish shade.

Raúl holds the record for most Real Madrid appearances, having played 741 first-team matches from 1994 to 2010. Manuel Sanchis, Jr. comes second, having played 711 times. The record for a goalkeeper is held by Iker Casillas, with 630 appearances. With 139 caps (all at the club), he’s also Real’s most capped international player. While with 127 caps (47 while at the club), Luís Figo of Portugal is Real’s most capped international Non-Spanish player.[68]

For this challenge I’m going to talk about digital footprints :

Digital footprints an expression that refers to the way technology now pervades everyone’s lives, your “digital footprint” specifically describes the trail you leave in cyberspace and on any form of digital communication.

Unlike paper trails, which can ultimately be destroyed or eliminated, “digital paper trails” are recorded and stored at remote locations that you may not even be aware of, and to that degree, there is nothing you can do to erase these records. An example is when Google’s search results were subpoenad as evidence in court to help convict a man of murder because they revealed his past Internet searches, which included information on the murder weapon and learning how to murder someone in exactly the same manner as his wife was killed.

Most people don’t need to worry about murder or re-election, but improper activities can also cost you your job . The message is to be careful when you open the drapes because any kind of digital dirt could get you in trouble. The advice is to either not engage in improper activites or only communicate about such activites in person, in real time

Hi!! For this challenge I’m going to talk about secrets of the nature generally because I think that all the types of nature have the same secrets .for me , sometimes I want to the nature with my friends and my family ,too . In the nature, all things are free and fresh: water, air and the food, too .people who lives in the nature have more immunology than the others who live in the cites .In addition, they can live for a long time due to their good health, they live without diseases . So, everyone of us like living in the nature away from problems and the quiet .

* For this challenge , I’m going to upload some Ichthyology’s pictures  because I really love  this world :

*Even those of us not in explicitly creative fields must come up with new ideas and insights in order to move ahead. How can we shake up our thinking patterns? Creativity has been pegged to conducive environments, perfect collaborators, personality traits, serendipity, and even spiritual muses.

*For this challenge , I creat a photo from Toondoo :

This week , I choose to talk about traveling .

*People aroud  the world enjoy travelig . In fact  we travel for many reasons like business, leisure, education,… . In addition, traveling has become a part of people’s life .

*For me , I believe it’s very important to see the world and to know different cultures. It lets us open our minds to new things and we get to experience life in exiting different ways. It has many benefits : First , Traveling gives us the opportunity to disconnect from our regular life. we get to forget our  problems  for a few weeks, it can also help us figure things out that we  would not have understood without the distance that  traveling can give us. Secondly , another great benefit is the relaxation we get to do. It’s nice to live our  life to its fullest and enjoy a stress free time with ourself. Going on vacation lets us recharge our “batteries” by disconnecting us from our regular life. When we come back we feel invigorated and we are happy to be back in our day to day routine. It’s a very good stress remover that has a lot more to give than most people are willing to accept.And finally , when we travel with friends or family it creates memories for a lifetime. These memories will create a bond that nothing can erase no matter what happens with the friendship or relationship. It can also give a new perspective on the relationship and cement the bond forever. It also gives nice stories to tell people afterwards, we can create photo albums about our trips and when we feel nostalgic we can take an hour of our life and experience the trips again by looking at our pictures.

1) Martha Stewart : What is the secret to making food look so delicious ?

2) Cristiano Ronaldo : What can I do to be the best football player like you ?

4) Johnny Depp : how much do u like staring in the movies ?

5) Armstrong : How did you feel when you are on the moon and are you proud of yourself ?

6) Rafael Nadal : How does it feel to be famous?

7) Michael Jackson: What inspired you to make the song “Thriller”?

8) Lionel Messi : What is your favorite song ?

9) Bruno Mars :  Is it really hard to be a singer and write songs ?

10) Barack Obama : What is it like to be the first African American president ?

Welcome to your brand new blog at Edublogs!

To get started, simply log in, edit or delete this post and check out all the other options available to you.

Welcome to your brand new blog!

This is a sidebar and can be changed by going to Appearance > Widgets in your dashboard.